Highway is defined as the main road intended for travel by the public between important  cities and towns. The Pan-American Highway is the longest international highway which connects many countries. It is nearly 48,000 kilometers  long. Whereas the Katy Freeway  in Houston, Texas, USA, is the widest highway having a total of 26 lanes in some sections.

Railway is an energy-efficient means of transport which runs on permanent way consisting of two parallel rails made of  steel and fastened to sleepers or ties which rest on ballast or secured to solid foundation. Rail transport is a major form of public transport in many countries.

Good knowledge of construction materials, geotechnics and equipments is also required by a transportation engineer. 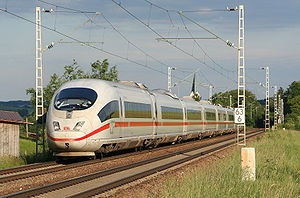