Problem 7-6: Use moment-area theorems to determine the slope and deflection at point C of the cantilever beam given above in Figure 7-6(a) 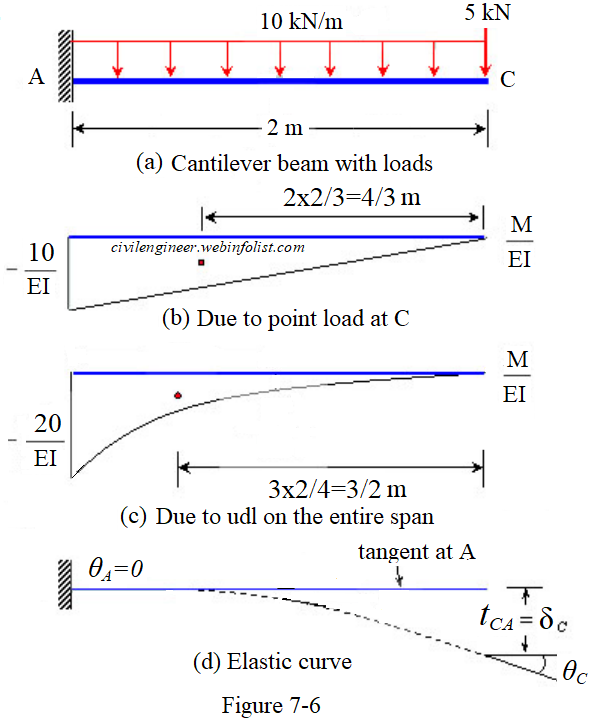 Step 2: According to first moment-area theorem, the change in slope of two points on the elastic curve is equal to the area of M/EI diagram between these two points.

Step 3: The deflection at C can be calculated by using second moment area theorem which says that tangential deviation of a point C with respect to tangent at A is equal to the moment of area of M/EI diagram between A and C taken about C.

READ  Calculator for Deflection and slope of Simply Supported Beam

It is clear from the elastic curve in Figure 7-6(d) that the deflection at point C is equal the tangential deviation of point C with respect to tangent at A .

Hence deflection at C is calculated as given below.

The negative sign of deviation indicates that it is below the tangent. Hence the deflection is in the downward direction.

You can also solve this problem by using online calculator for slope and deflection.