Solved Example on slope and deflection by moment area theorems

Problem 7-6: A cantilever beam subjected to a point load and uniformly distributed load is shown in Figure 7-6(a). Use moment-area theorems to determine the slope and deflection at point C of the cantilever. 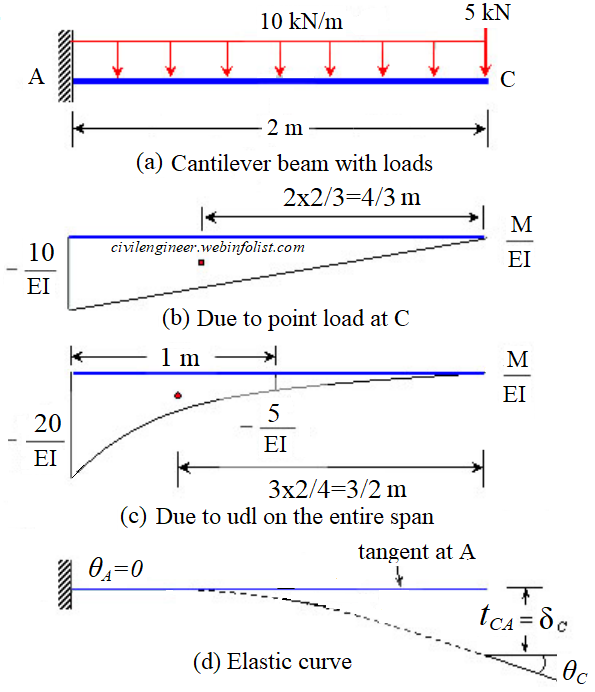 Step 2: According to first moment-area theorem , the change in slope of two points on the elastic curve is equal to the area of M/EI diagram between these two points.

Step 3: The deflection at C can be calculated by using second moment area theorem which says that tangential deviation of a point C with respect to tangent at A is equal to the moment of area of M/EI diagram between A and C taken about C.

It is clear from the elastic curve in Figure 7-6(d) that the deflection at point C is equal the tangential deviation of point C with respect to tangent at A .

Hence deflection at C is calculated as given below.

The negative sign of deviation indicates that it is below the tangent. Hence the deflection is in the downward direction.

Select from the following links of solved examples

More problems to be added soon. Please send your feedback
You can also use our  online calculators for problem solving.

List of skyscrapers of the world
Containing Tall building worldwide