Continuity equation is based on the the Law of Conservation of Mass , which says that mass can neither be created nor destroyed.

A= area of cross section,

Hoover dam is an arch-gravity dam constructed on Colorado river in USA. 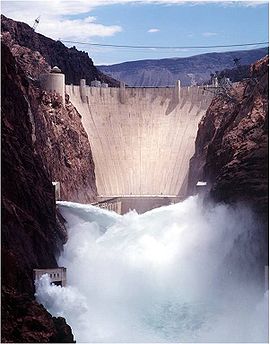